Since the end of 20th century there was no progress of bicycle headsets. 2017 Paul Aston from Pinkbike came and we talked about forks, doublecrowns and singlecrown forks. He mentioned the weak point of the sinclecrown versions, in his eyes the steerertube is to flexy that the handlebar (one side) can move up and down. Doublecrownforks would avoid this and make a stiffer and more precise ride.

He was right. I never thought about the handlebar stiffness when it is about a fork. I told him "I will think about that and find a solution".

Two weeks later I showed him the ideas of the Stiffmaster headset.

So what does it do ?

On the left side you can find the drawing of a traditional headset. Conical ring (red), bearing (blue), caps and spacer (black).

The steerertube is 28,6mm with wallthickness of 2mm. (for comparison a handlebar is 31,8 or 35mm with about 3mm wallthickness). This tube is really bending due to the high loads of one sided handlebar actions like sprinting or fast turnes. The connection between the bearing, the conical ring and the steerer is not tight, there is just "no play", but these parts can move relative to each other, that's why bending of the steerer appears.

On the right you see the Stiffmaster headset. The green shell is fixed to the steerer with the clamp of the upper cap. So the cap and the shell becomes one unit with the steerer tube. If there will be any bending of the tube, this construction will avoid this bending, while it lays down on the axial needle-bearing. It's not possible for the steerertube to move in any way.

The massive onepiece spacer on the top (20, 13 or 7mm) increases this stiff feeling.

Your girlfriend would feel it! 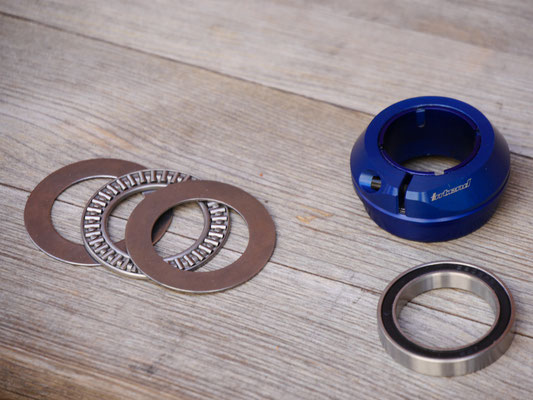 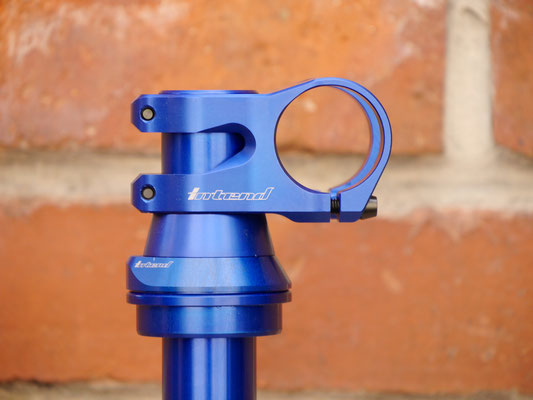 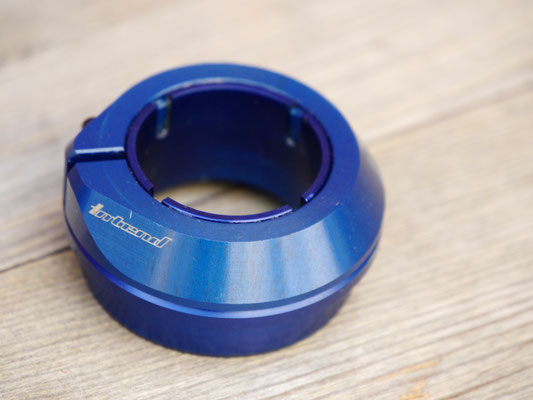 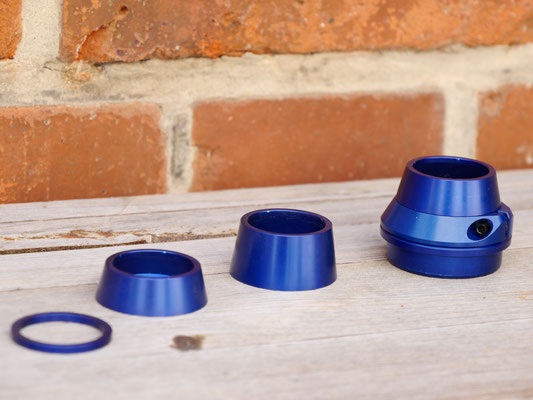